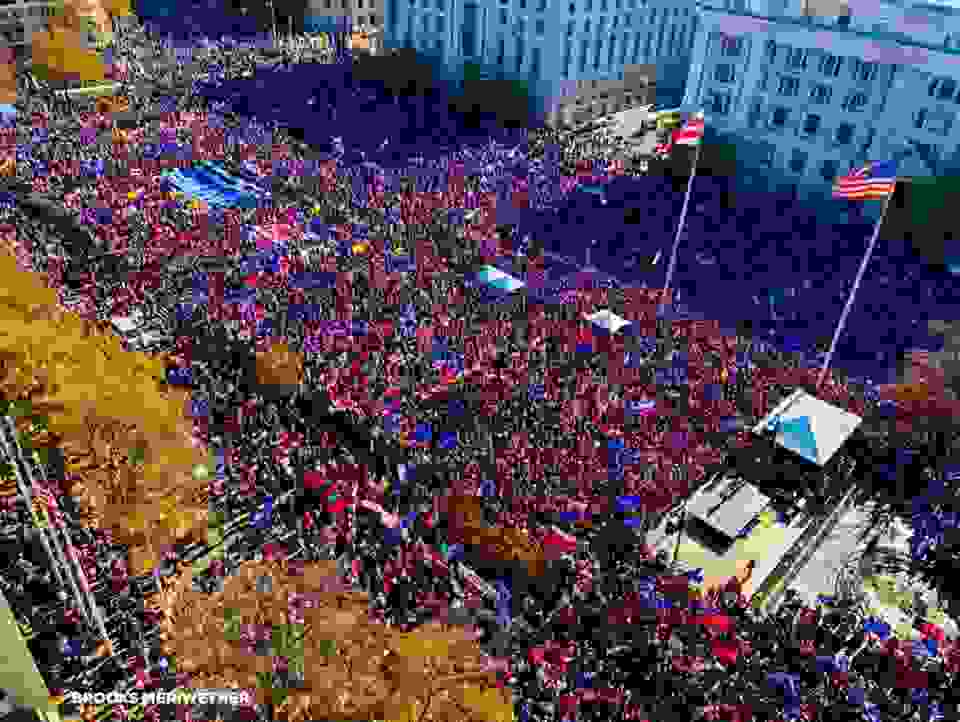 Fervent supporters of President Donald Trump rallied in Washington on Saturday behind his claim of a stolen election and swarmed his motorcade when he detoured for a drive-by on his way out of town.

Flag-carrying Trump supporters, some chanting "Stop the steal!" and "We are the champions!" streamed into a rallying point at Freedom Plaza near the White House in downtown Washington and were due to head toward the U.S. Supreme Court building.